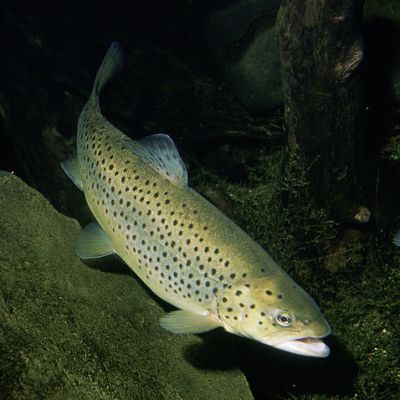 A non-native species, the brown trout was introduced during the American colonization and quickly established itself throughout the Mid Atlantic.

In recent years, the existence of brown trout in the region has become a controversial issue. Brown trout are larger and more aggressive than native American trout. They often dominate streams where native brook trout and rainbows are in decline.

In support of brown trout, some anglers have called for continued stocking efforts and other management programs.

In contrast, some fishermen view brown trout as an invasive species that should be exterminated in order to allow the return of native trout species.