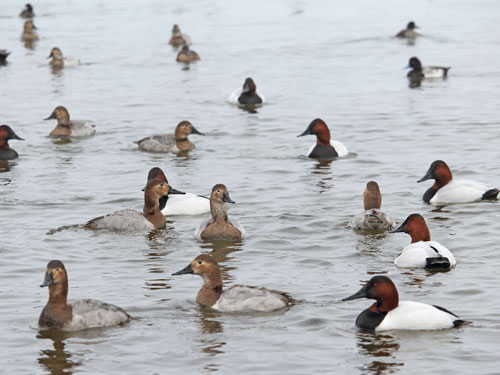 The Mid Atlantic Region is known for its abundant wildlife populations. Many of the region’s iconic species lead migratory life cycles, driven by seasonal forces.

The Atlantic Flyway, one of North America’s most important migratory paths, passes along the Mid Atlantic. Each year, millions of waterfowl, raptors, shorebirds, songbirds, and other migratory birds follow this ancient pathway up and down the continent.

The region is home to some of the nation’s most iconic mammals. For hunters, species such as white-tailed deer, black bear, raccoons, beavers, muskrats, foxes, and rabbits are valued for food, fur, and other uses. Mammals are also valued by wildlife watchers, photographers, and naturalists.

Reptiles and amphibians are also common in the region. Snapping turtles, painted turtles, and diamondback terrapins are familiar to most outdoorsmen. Also common are numerous snakes, including a few poisonous species. Although many species are rarely seen, frogs and salamanders are represented throughout the Mid Atlantic.