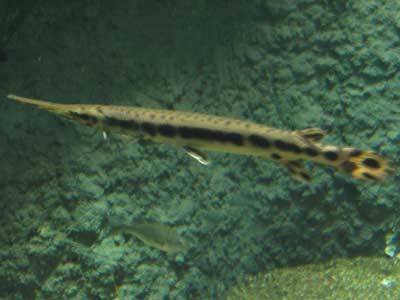 Longnose gar prey mostly on small fish. They can be caught with live baits such as small sunfish. Gar are also taken by bow fishing, gigging, or other alternative fishing methods.