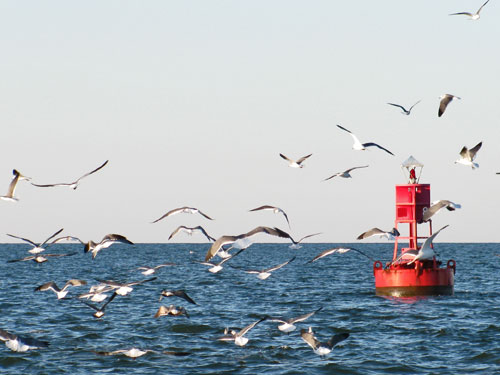 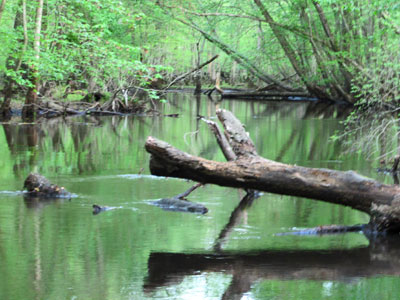 Downed timber is one of the most common types of natural structure. Tree trunks and other timber is especially common along streams, creeks, and wooded shorelines. 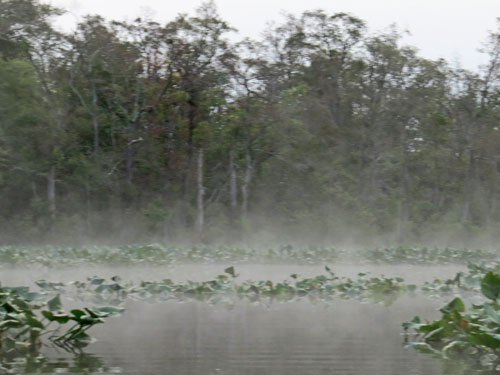 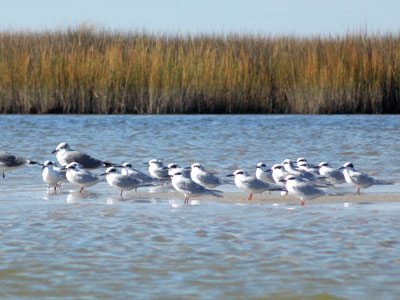 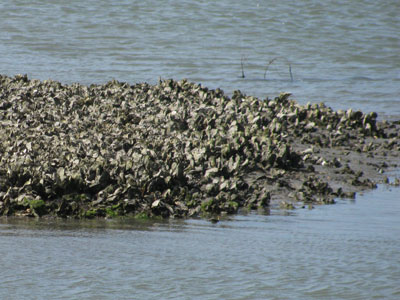 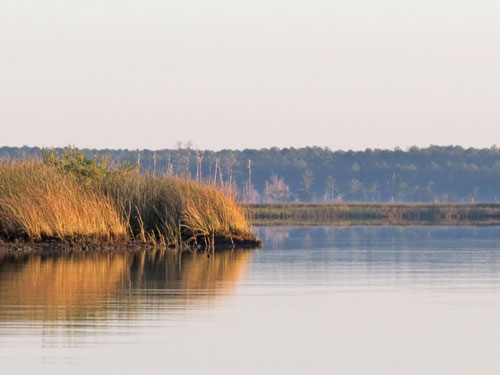 Along rivers and estuary shorelines, points can be productive areas to fish. Points that lie along open shorelines are usually bordered by sandbars, submerged aquatic vegetation, drop offs, and other fish attracting features. 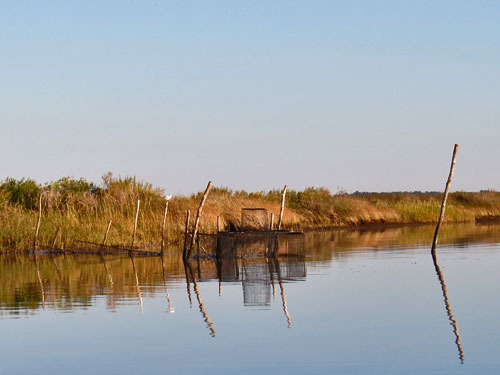 In some areas, crab and fish traps along shorelines can act as mini fish havens. These specialized types of gear are located at strategic locations along shorelines. Anglers fishing near bank traps usually cast or troll just outside the outermost portion of the gear. 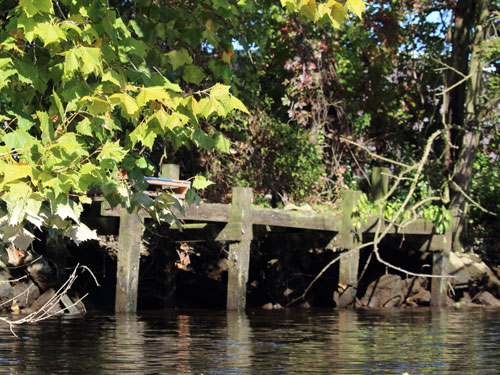 Docks and other man made structures provide shad and cover for a variety of fish species. 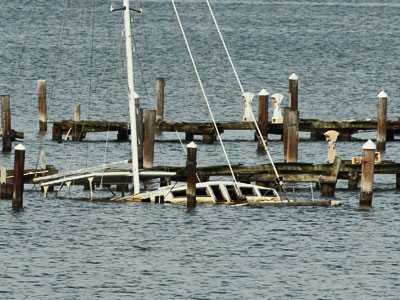 Although dilapidated docks and sunken vessels can be a hazard to boaters, they sometimes act as fish havens. 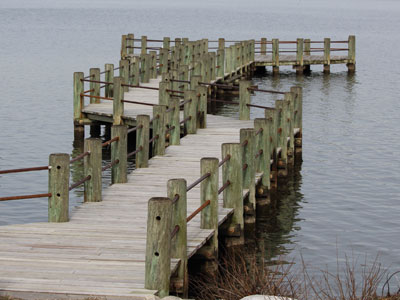 Piers provide structure for fish as well as access for anglers. 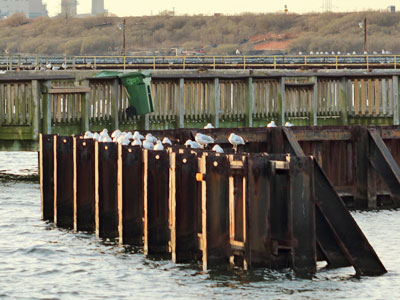 Bulkheads are common along rivers and urban shorelines. In some locations, bulkheads provide havens for fish and forage species. They also affect fish movements by causing fish to travel along their flank. 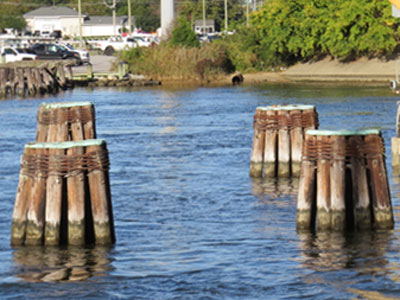 Groups of pilings, known as “dolphins” can provide structure for fish. Dolphins are often found in areas where currents are strong. Fish often lurk in eddies that are created by dolphins. 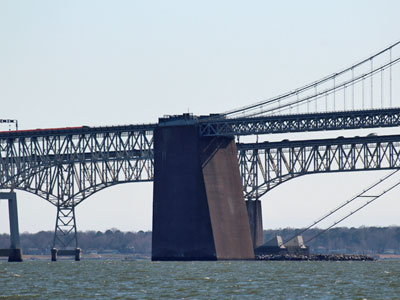 Bridges are among the best examples of man made structures that attract fish. Bridge components often casements, include pilings, rock piles, dolphins, and other structures. 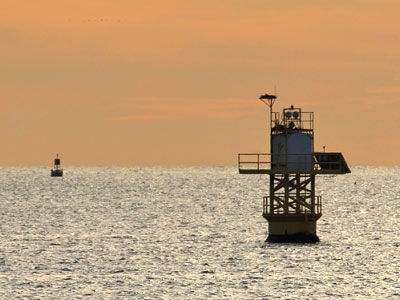 Buoys and other navigational aids often attract fish. Where permitted, anglers cast or troll near fixed or floating structures. 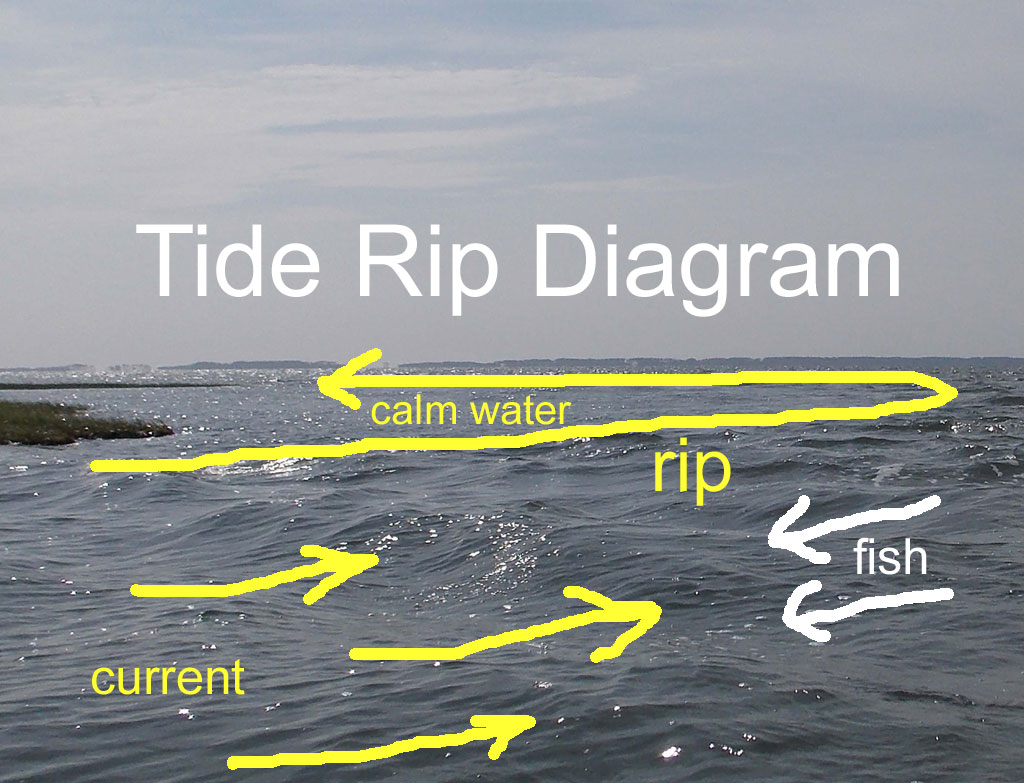 Tide rips occur when tidal currents are forced to the surface due to underwater structure, opposing currents, or other obstructions. When wind and tide oppose each other, wave actions within tide rips can increase greatly. An example of a shoreline tide rip can be seen in this tide rip diagram. 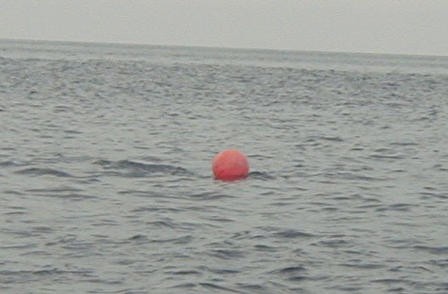 In the Atlantic, many of the same types of structures hold fish. In addition, the possibilities include sea bass pot buoys, lobster gear buoys, weed lines, and floating objects. 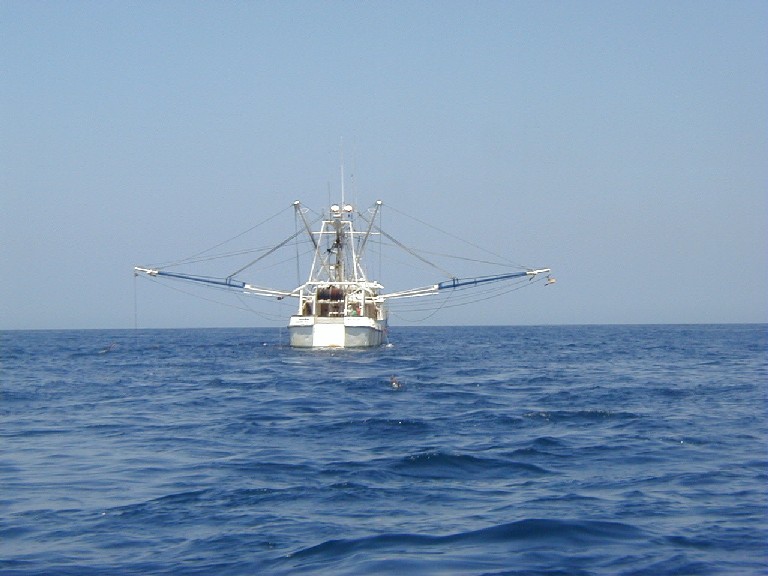 One type of ocean structure not to be overlooked are commercial fishing boats. When trawlers and other boats return bycatch overboard, tuna, dolphin, sharks, and other fish often move in to feed. 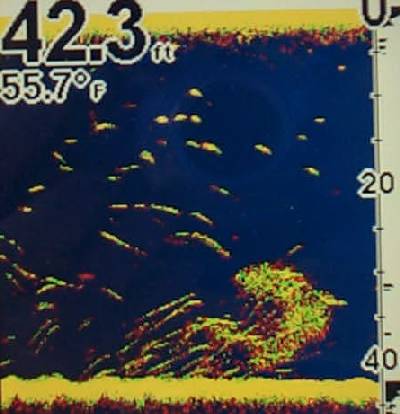 For anglers, identifying and locating structure can be essential for success.