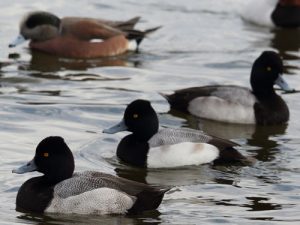 In early January 2020, aerial survey teams of pilots and biologists from the Maryland Department of Natural Resources (DNR) made visual estimates of the ducks, geese, and swans along most of the state’s Chesapeake Bay, Potomac River, and Atlantic coast shorelines.

The Midwinter Waterfowl Survey has been conducted annually since the early 1950s and covers most of the tidal shoreline and near-shore waterfowl habitat in Maryland.