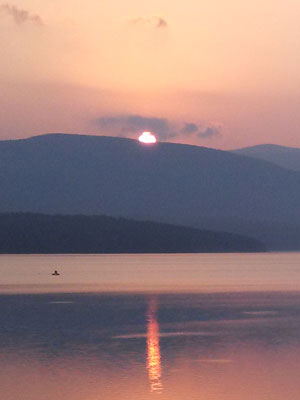 In Western New York, Lake Erie is known for its freshwater fisheries. The lake’s smallmouth bass fishery is one of the best in the nation. The most productive period for smallmouth bass in Lake Erie occurs during the spring, primarily around nearshore rocks, harbors, and tributary streams.

The southern shore of Lake Erie is also a hotspot for steelhead fishing, especially during fall, winter, and early spring when fish move into streams that feed the lake.

Lake Ontario is a top destination for catching smallmouth bass, walleye, musky, northern pike, yellow perch, and other species. With its diverse mix of trophy-class fish, the lake attracts anglers from around the nation.