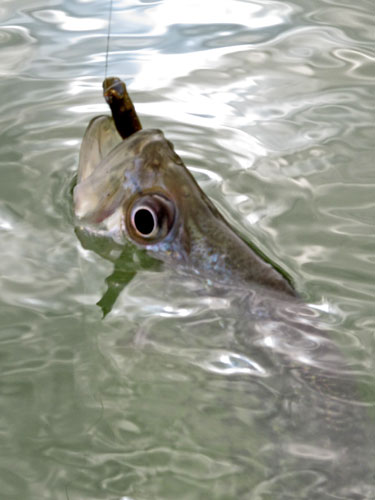 In the Commonwealth of Virginia, freshwater fishing takes on many forms. From its mountain lakes and trout streams, to the Great Dismal Swamp, the diversity of fishing habitats could never be explored in a single lifetime.

Among the state’s most important areas for freshwater fishing are its major tidal rivers, including the Potomac, Rappahannock, York, and James Rivers.

Some of Virginia’s best freshwater fishing opportunities can found along the Roanoke River and its impoundments. The upper Roanoke is impounded twice to form Smith Mountain Lake and Leesville Lake.

Near Virginia Beach, Back Bay National Wildlife Refuge contains both saltwater and freshwater fishing areas. The unique environment of Back Bay sustains a largemouth bass fishery, due in large part to its abundance of aquatic vegetation.

Near Richmond, Lake Anna provides a variety of fishing opportunities.

Farther inland, Virginia freshwater rivers sustain a number of species. The South River is known for its fly fishing opportunities, especially near Waynesboro.

The Shenandoah River is considered to be among the best rivers in the east for smallmouth bass fishing. The Dan River is a popular destination for trout fishing, float trips, and striped bass runs.

Western Virginia is home to the New River, Claytor Lake, and other areas.